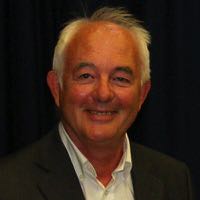 Born in Reading, Berkshire, John had his first piano lesson at the age of nine and within three months had passed his Grade V exam.

At the age of 10 he won a scholarship to study at Christ's Hospital, Horsham. At 14, he played Grieg's piano concerto in front of the Lord Mayor of London and at 16 he went to study at the Royal Academy of Music under Gordon Green and passed the LRAM (performers) and GRSM.

After winning a Ralph Vaughan William Trust award, he had piano lessons with internationally renowned pianist Peter Katin. John went on to make his debut at the Purcell Room on London's Southbank.

As a result of success in a competition for a British Council scholarship to Hungary, he then studied at the Liszt Academy in Budapest under Peter Solymos. This was followed by a scholarship to the USSR and a place at the Hochschule fur Musik, Hamburg, offered by the German government. Here his teacher was Prof Yara Bernette.

Returning to the UK, his performance highlights included giving a piano recital on BBC Radio 3.

At present based in Cornwall, he divides his time between teaching, composing, recording and performing.

Rachmaninov Prelude In B Minor